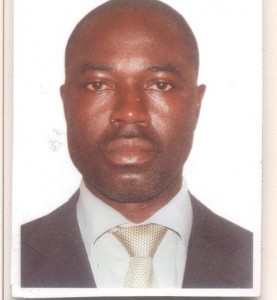 Ibrahim Amodu Obajomo was born on the 1st of June 1964 to Late Daramola Amodu Obajomo and Eunice Amodu Obajomo. He had his Primary School education at St Kizito’s Catholic Primary School, Iju after which he proceeded to Ikeja High School, GRA Ikeja and Anwar-ul-Islam College (formerly Ahmaddiya College), Agege for his Secondary School Education and Higher School Certificate (HSC) respectively. He studied Statistics at the Obafemi Awolowo University, Ile Ife, where he graduated with B.Sc (Statistics).

Ibrahim Obajomo joined the Lagos State Civil Service as Planning Officer II in1996 but was redesignated Administrative Officer II in 1997 due to Civil Service reforms which abolished Planning Cadre as at that time . He worked with the Plans Programmes and Budget Bureau (PPBB) before it was renamed in 1999 as the Ministry of Economic Planning and Budget (MEPB) from 1996 to 2006.

During this period, he won the Best Officer of the year in 2003.

He was posted to the Health Service Commission (HSC) in 2006 where he served for 4 years (2006-2010) as the Budget Officer under the Finance and Administrative Department. While at the Health Service Commission (HSC), he won the Best Administrative Officer Award for the year 2006 and also Best Individual Officer (HSC) during the Lagos State Health Sector Award in year 2007. In 2010, he was deployed to the Office of Chief of Staff where he served from 2010 to 2014.

Mr. Ibrahim Amodu Obajomo was deployed again to the Ministry of Economic Planning and Budget in July 2014 and he served as the Assistant Director (Monitoring & Evaluation Department) before he became the Director of Budget in year 2015 as a result of his hardwork, diligence and Commitment to duty.

He is a team player, an associate member of Chartered Institute of Finance and Control of Nigeria (CIFCN) and also Nigeria Statistical Association.