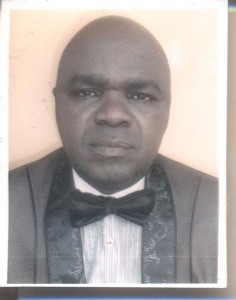 He was admitted to Imota Community Grammar School, Imota for his Secondary education in 1976 and passed the West African School Certificate Examination in1981. A Linguist, Bankole bagged Bachelor of Arts, Modern European Languages in French and Portuguese Language in 1987 from the prestigious University of Ife later christened Obafemi Awolowo University, Ife. He was President NULASS OAU branch 1986-87. He is widely travelled to Brazil, France, Paris, Togo and London.

A consummate public administrator started his Civil Service career in 1991 as Personnel Officer 1 (Protocol Duties) in Lagos State House of Assembly. He has served in various capacities and offices before his deployment as Director Development Partnership Department in the Ministry of Economic Planning and Budget.

He holds Masters in Public Administration from Lagos State University, Ojo and LL. B Law from National Open University of Nigeria. He is an Associate Member, Chartered Nigerian Institute of Personnel Management (CNIPM) and an Associate Member, Chartered Nigeria Institute of Management (CNIM). He is happily married with children.

He also learned to speak more quietly, and less often, because his eskimo students seemed annoyed if he was overly read this article demonstrative.
Share