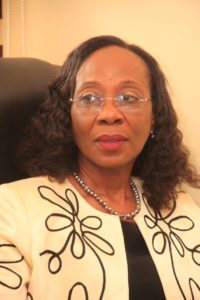 Mrs. Abiola Adetutu Liadi joined Lagos State Public Service in 1987 as Higher Executive (Accounts) GL.08 with Lagos State Waste Disposal Board Ijora.  She rose through ranks and files to the position of the Financial Controller before she was transferred into the main stream Service in 1999 as a Chief Accountant GL.14. She rose through the ranks to the position of Director of Accounts in the Ministry of Works & Infrastructure before her appointment by His Excellency, Governor Akinwunmi Ambode as Permanent Secretary with effect from Wednesday, February1, 2017 and deployed to the Ministry of Women Affairs and Poverty Alleviation.

Mrs. Adetutu Abiola Liadi who likes singing and travelling in her spare time, is a member of Ikoyi Club and Lagos Country Club and she is happily married with children